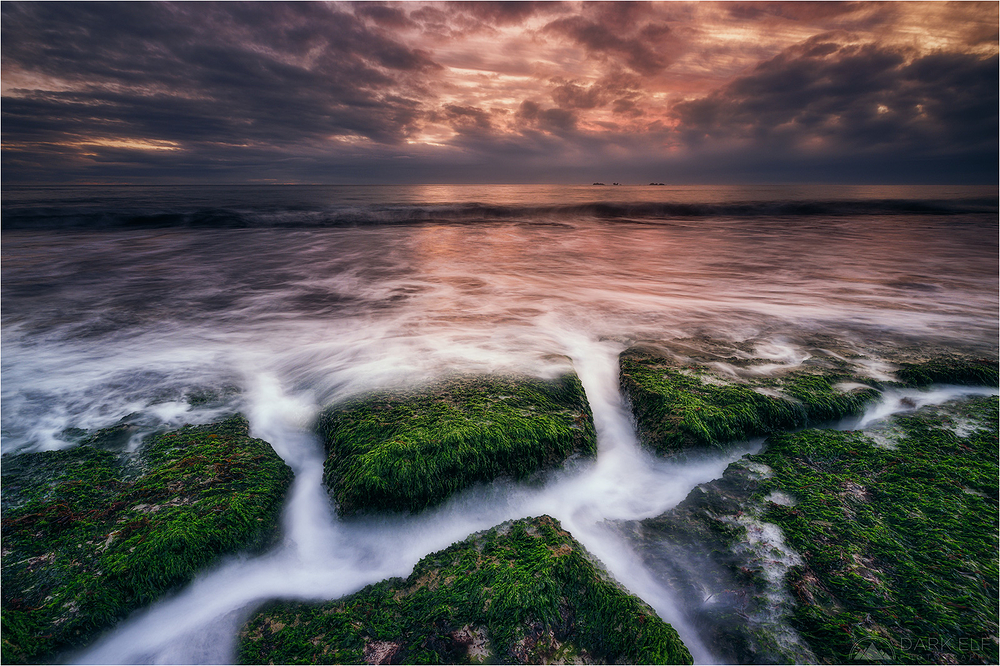 It should be no real surprise what I consider as one of my favourite places, especially for photography - it is the coast of Australia and especially the local coastal areas here in Perth. This spot has featured regularly in my photos.

We have been experiencing beautiful deep orange glowing kind of sunrises and sunsets in Australia due to the long-lasting impacts of a volcanic eruption in Tonga back in January 2022. This is thanks to ash, sulphates, and water vapour suspended in the stratosphere after the eruption. Even when clouds do not turn red or when they are absent altogether, there is still a lovely glow in the sky, which has created some wonderful moody light and great atmosphere. The usual sunsets fade out very quickly in the region where I live so the added bonus of these conditions is that light and colours last a bit longer after sunset. Combined with the improved ability of current cameras to shoot in dark conditions, they allow to hang around and take photos deeper into the evening.

I took this photo during a recent sunset in Perth about twenty or so minutes after the sun went down. The aforementioned glow was very prominent and I also liked the darker tonality and mood in the rest of the scene. I almost forgot about the glow and I was just about ready to pack up and head home because it was fairly grey otherwise. I was shooting long exposures beforehand and I think I got a couple of decent ones so I thought my evening was done. Then I noticed the faint colour starting to appear behind the low level clouds and not long after the sky had a beautiful orange tinge to it. While it was not as intense as colours right after sunset, it added great dimension and mood to the scene.

The appearance of the glow coincided nicely with arrival of slightly bigger waves and they were just perfect for the foreground which I had in mind. I found a number of interesting compositions and angles on a part of the beach that I have not explored too much previously but what the scene was lacking a little bit of water motion to fill the gaps between the moss covered rocks. Flowing water provided that perfect connection between the sky and the foreground and I loved how it separated the rocky chunks in the leading part of the image. The waves were also just right for me to be able to get in very close to the foreground rocks and use my wide angle lens for this composition while moss was still fresh and vibrant and the colours it infused into the seascape were fantastic too.

I hope you do not mind seeing another image from the coast. This is the kind of photography which I do most often and given the length of the coast we have here in Australia it just comes very naturally. My aim is to find a different composition or mood every time and I am out there and to bring the beauty of our coast to all of you in close and far away places.

This is beautiful view, no wonder this is one of your favourite places. 5*

@ursulakatariina: Thank you very much :-)

Superb light and colors in the sky. I like your composition with long exposure on the foreground.
Your favorite place of course ;-)

Breathtaking, Darkelf. I love the wide angle/long exposure combination and this image makes me want to get back to the South Coast where some of my favourite coves are.

@Stephen: Thank you Stephen. I am very much longing to visit the east and south coasts as well. It has been a long time because of covid.

@Florence: Many thanks Florence.

@daigneault: I am very happy that you don't mind, Giles :-) Thank you for your kind words.

A stunning composition with gorgeous colors, layers and elements from he foreground to the background. What makes this composition unique to others is that the sky is so still in comparison to the water.

@Steven: Thank you greatly, Steven. The clouds were moving quite slowly on this occasion.

@Anne: Thank you so much, Anne!

A great photo result, fantastic depth thanks to the beautiful point of view.

No wonder about this kind of favourite of yours :) What a great sky you had there, covering the sea and colourful moss in front.

@Vaido: Thank you kindly Vaido. I have posted many a photo from this stretch of the coast :-)

I love the rich green of the moss on the rocks and the milky water (including the areas where the flow is still visible). The small wave approaching seems to provide a false horizon, with the water behind it taking a second recognize and appreciate. The sky has a nice glow with little drama.

@Harry: Thank you very much Harry. I was not expecting to return home with a photo like this but everything came together just at the right moment.

I like the glow of the sky and water. I see why this is a favorite place.

This is gorgeous. It is amazing how dust and other particles in the atmosphere can change the color in the sky and the sunsets. Such a beautiful view. I love the color! 5*

the picture is very skillfully taken as usual my friend
beautiful seasides and artistic photography: )

Glow indeed! This is a beautiful photograph! Love the sky!

This is just beautiful!