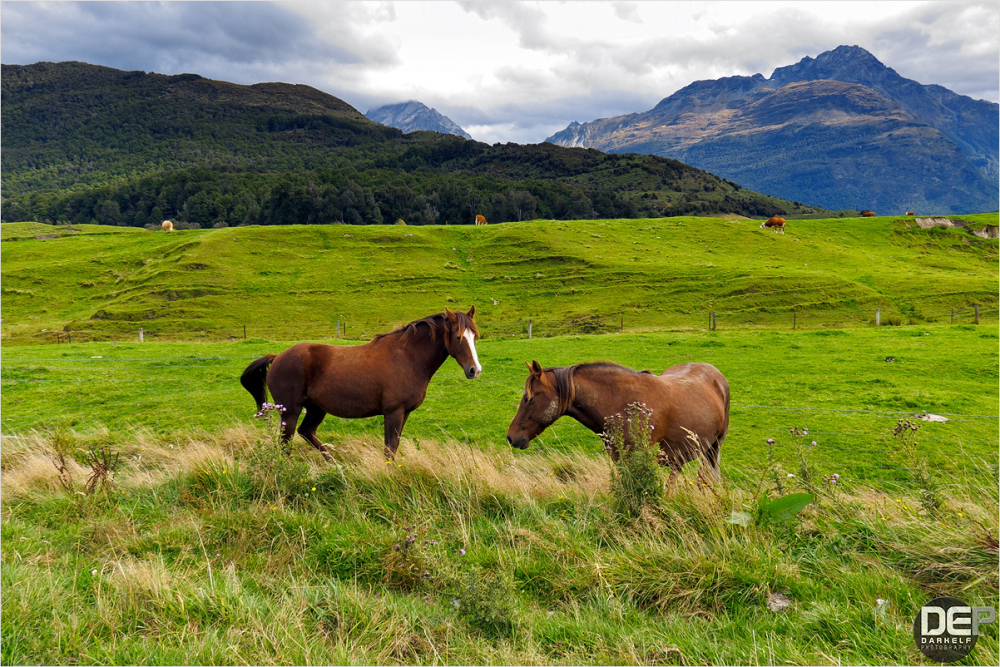 the land of Rohan

beautiful horses that the riders of Rohan from the Lord of the Rings would not be ashamed of...

this is not the exact location of where Rohan scenes were filmed but still the theme is close enough... in fact around Glenorchy and Paradise quite a few scenes were set, including Lothlorien, Isengard and Amon Hen...

driving through this country, it is not surprising at all that it was chosen as the location for the trilogy and seeing this scenery made me feel as though Middle Earth really existed somewhere on this planet...

this photo was taken by my lovely girlfriend and she kindly allowed me to post it on here ;-)

A beautiful landscape with incredible colors that you've captured!

Amazing landscape !!! I like all those different green tones and the two horses in the front . Wonderful .....

I love the "middle earth" feel of this scene. Haven't got the time to comment on all of your pictures but I've just looked at the last dozen and they are all pretty outstanding, what a great blog!

Lovely, your photos are wonderful.

Looking forward and back in this series of shots, I'm transported to Rohan and am transfixed by the comparison of your present day country to the Lord of the Rings time and lore. Fantastic. Thanks for sharing!