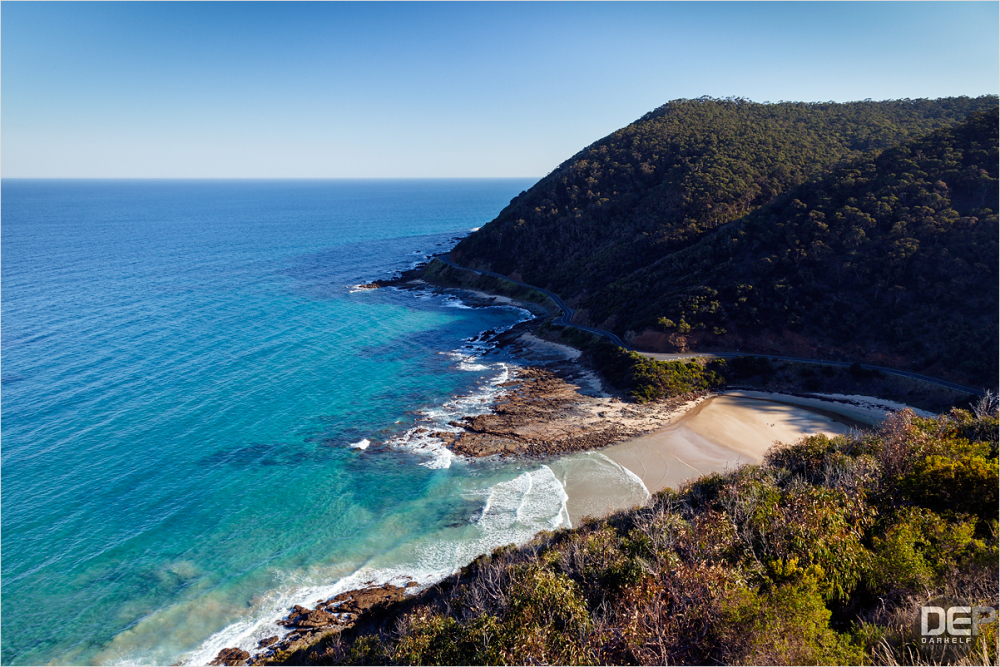 this is one of the most iconic drives in Australia - the Great Ocean Road...

The Great Ocean Road is an Australian National Heritage listed 243-kilometre (151 mi) stretch of road along the south-eastern coast of Australia between the Victorian cities of Torquay and Warrnambool. The road was built by returned soldiers between 1919 and 1932, and is the world's largest war memorial; dedicated to casualties of World War I. It is an important tourist attraction in the region, which winds through varying terrain alongside the coast, and provides access to several prominent landmarks; including the nationally significant Twelve Apostles limestone stack formations.

Beautiful ocean photo and thanks for the history lesson. Lovely

What a beautiful seascape! Beautiful composition, exposure and I love the color of the water. Have a nice day.

Wonderful angle and point of view - I would love to drive this one day!

The colour of Ocean is wonderful. Great shot.:-)

What a fantastic little beach. I'd love to spend a lazy afternoon there.

What a beautiful view of this little beach with the pristine blue waters!!

This is truly so beautiful!

I love those clear waters, the colors are beautiful too!

gorgeous. wonderful water clarity. thank you for your kindness about kylie's photograph

God I miss the blues and saltwater...not homesick...just a water baby by nature! Thanks for sharing such a spectacular shot of the homeland,!

I like the framing. The eye goes gently to the horizon, then to the rest of the scene. Such a beautiful place.

lovely view and interesting info. another place i'd like to see ...