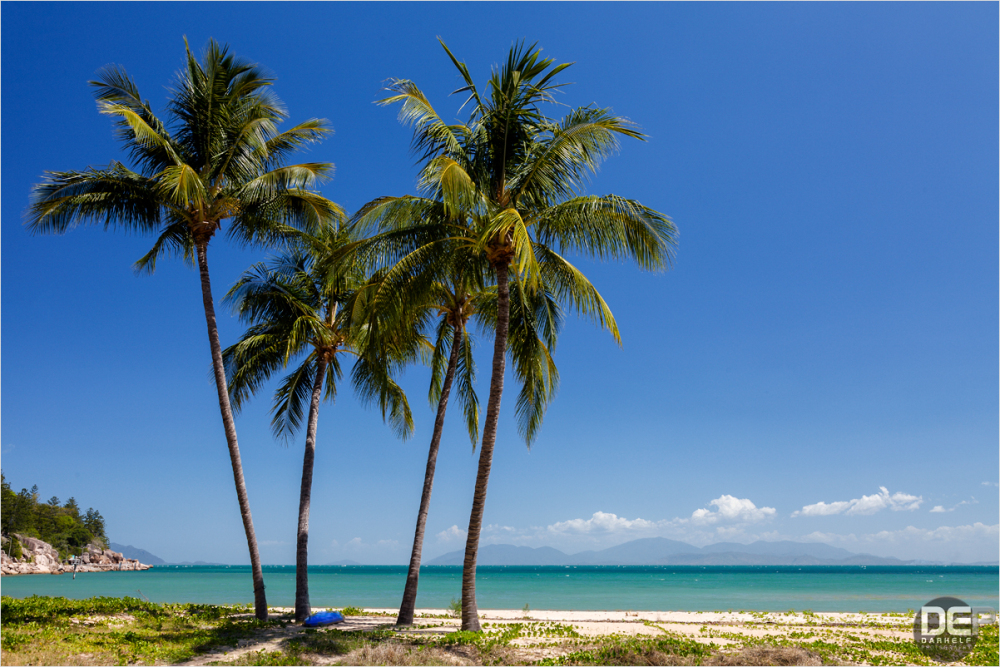 this is the beautiful Magnetic Island situated about 8km offshore from Townsville and it really is a tiny bit of paradise that is very popular with many visitors...

The name of the island came about because of the apparent "magnetic" effect it had on the ship's compass of Captain Cook as he passed the island when sailing up the east coast of Australia in 1770. People have since explored the general area of Magnetic Island with various instruments to discover what might have caused the effect that Cook reported, but nothing has been discovered. The local name for the island is "Maggie Isle".

Beautiful landscape! The colors are wonderful and the bit of cloud on the horizon makes this a lovely landscape.

Perfect placement of the strip of land and palm trees against the beautiful blue expanse of sky.

As idyllic as you can get!

For me cocotrees= paradise. It is unusual to see these trees in groups like this.....but the separation between them is perfect for hanging hammocks ;-))

Color me beautiful... by Judy aka [email protected]