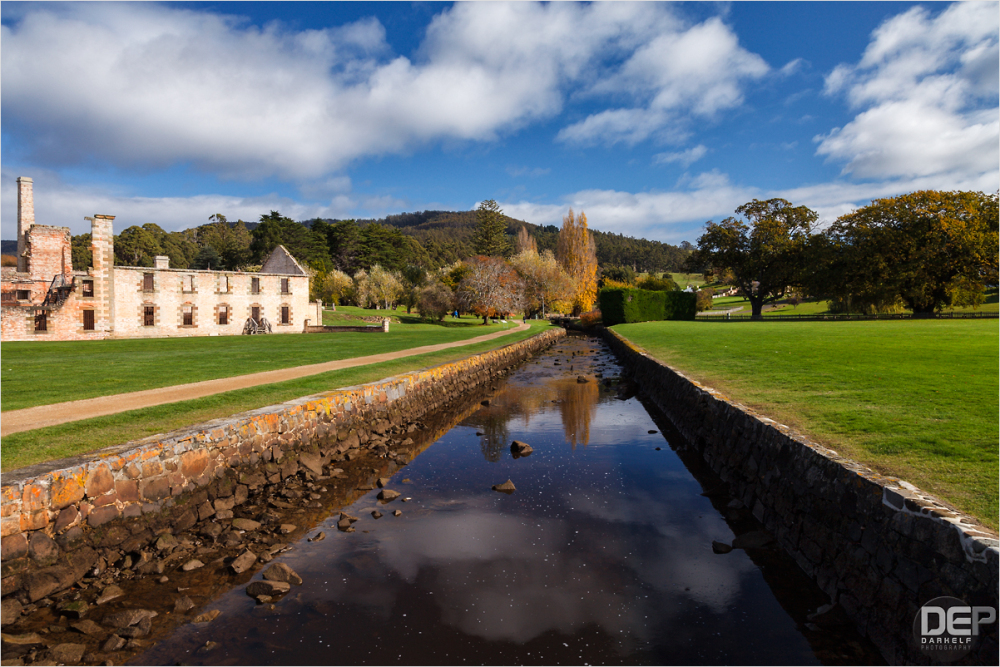 a dark touch of history

Posted by Darkelf Photography (Perth, Australia) on 3 March 2014 in Miscellaneous.

one more look at the Port Arthur Penal Settlement site... you can see the remains of the main prison building on the left and how it fits with this rather picturesque location...

the dark past of Port Arthur is not only the convict history, it is also where Australia's worst post-colonial mass murder took place on 28 April 1996... the subsequently convicted perpetrator murdered thirty five people and wounded twenty five more before being captured... this event led to a national ban on semi-automatic shotguns and rifles... Martin Bryant, is currently serving thirty five life sentences plus 1,035 years without parole in the psychiatric wing of Risdon Prison in Hobart...

Brilliant....lovely perspective and superb reflections, among other things...

A pretty view for sure, for a very tragic past...Pity so many people paid the price in order to convince the country leadership to place the ban, but at least it was done...here, in our country, the idiots still abound!!

beautiful composition and a very picturesque place to serve your time!

Love the composition .. the ruin aside and the water supply central, complete with nice reflection of the autumnal tree

A beautiful place but a terrible story! Nice document and note.

A fine picture of this penal building and the pretty setting it sits in. The dark history is amazing.