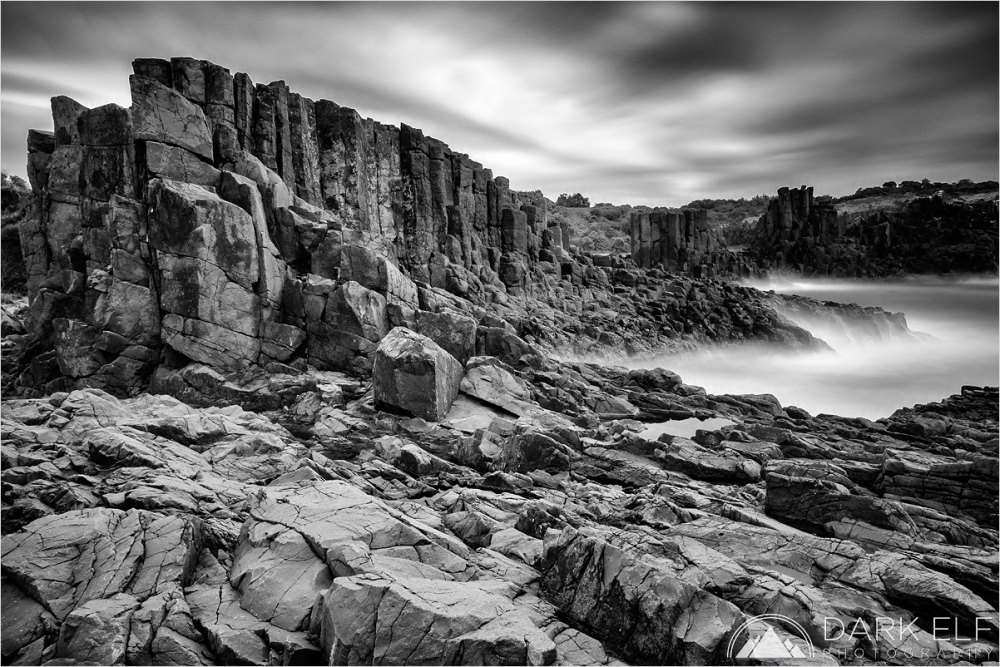 this is the Bombo Headland in Kiama... the landscape is just something straight out of some alien movie with the rugged basalt rocks amazingly sculpted by various forces... i went for some b&w shots because the weather was somewhat bleak and uncooperative...

this area is also one of the many quarries to be found around Kiama... the quarry was of big significance when the colony was established in New Sotuh Wales - the basalt formed by two volcanic eruptions 240 million years and 66 million years ago was a valuable commodity for a growing colony, with the blue metal used to pave Sydney's roads and as ballast for its railways...

Love the detail and contrast of the rock, it could be a backdrop for a Star Trek "Away Mission"

Oops... your title says it all ! Stunning atmosphere with that environment, the long exposure and the B&W.

The title really defines the mood. Out of this world!!! Magnificent.

Wow - the two minute exposure does wonderful things to the clouds and water, but your exposure perfectly captures the rocky scene.

A magnificent image of all this bold basalt and the soft water!