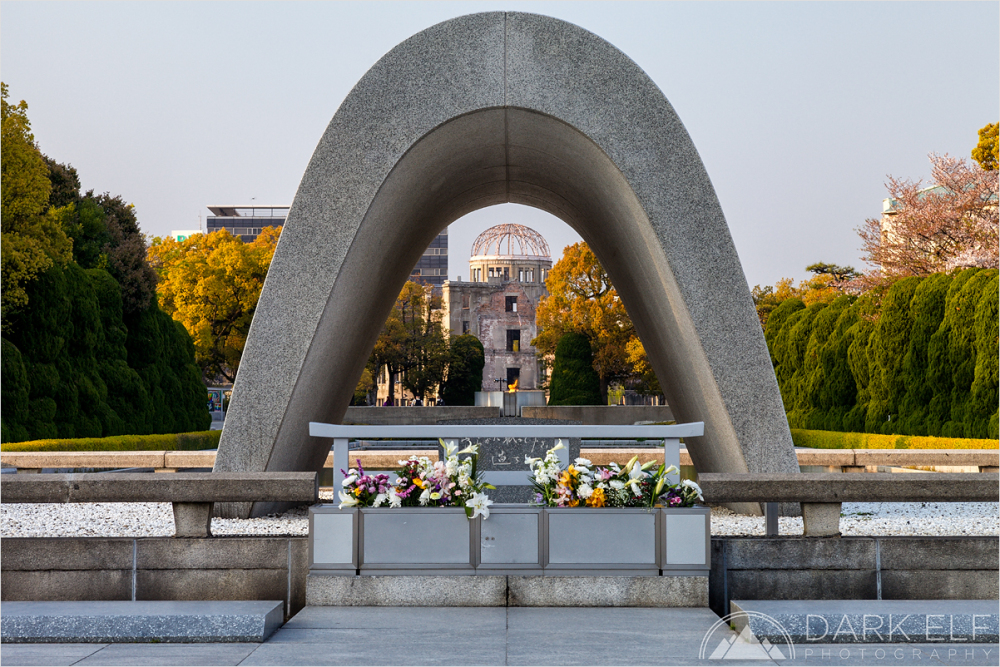 Posted by Darkelf Photography (Perth, Australia) on 7 November 2014 in Architecture.

this used to be the commercial and political heart of the city, however, after the atomic bomb was dropped it was leveled to the ground... when the city was being rebuilt, it was decided that this area would now become a peace memorial...

in the photo you can see the Cenotaph for the A-Bomb Victims... it is an arched tomb for those who died because of the bomb and under the arch is a stone chest holding a register of the names of the victims...

the Cenotaph is located between the A-Dome and the museum... the museum was very interesting and the displays provided historical background to Hiroshima before, during and after the bombing... if you ever visit this city, i highly recommend visiting the museum...

This is beautiful. Wonderful framing and detail

The shape itself gives a feeling of peace. Wonderful framing and interesting info.

A sad day, your photograph is wonderful and does give a feeling of peace.:))

This is beautiful. Wonderful colors

Beatiful tribute to a painful turn in human history

An impressive shot with a fine composition. Looks very good to me.

i love the stringent composition here. what a "dark" place ... or rather dedicated to a "dark" memory ...

Great documentary shot! Thank you for sharing!
Have a nice weekend.

Such a sad and gripping story....the impact is so strong here. Thank you for this, DarkElf.

A powerful place indeed. I agree about the museum, too.