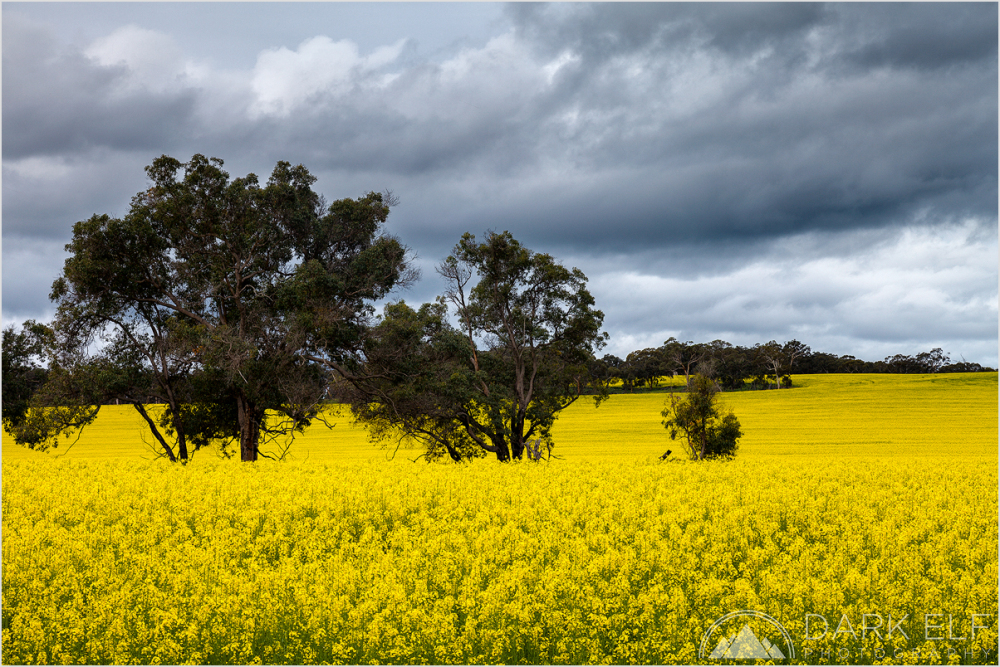 late August in 2014 we went for a drive to New Norcia, about 120km north of Perth... it was a spontaneous decision just to go for a quick trip with an idea to catch some of the canola fields in full bloom... i had that in mind for a long time but somehow when canola season came to pass every year, i never managed to head out for photos...

we went to a spot where the Victoria Plains Agricultural Hall ruins were located but were disappointed that nothing much remained - just a few bricks and a small mound... they would have made for a great element in my compositions...

the canola fields did not disappoint however - the yellow flowers were fantastic!

Wow, the rich yellow is wonderful!

How beautiful, all those wild yellow flowers, beautiful.:))

What a dramatic contrast between the clouded sky and the golden field! Wonderful!

fabulous capture of this field in full bloom. i, too, like the yellow "sea" under a blue sky in the season ...

The trees make a nice anchor for the composition. Lovely expanse of yellow which really offsets the gloominess of the sky.

Superb combination with yellow. Nature is the best Painter.:-)