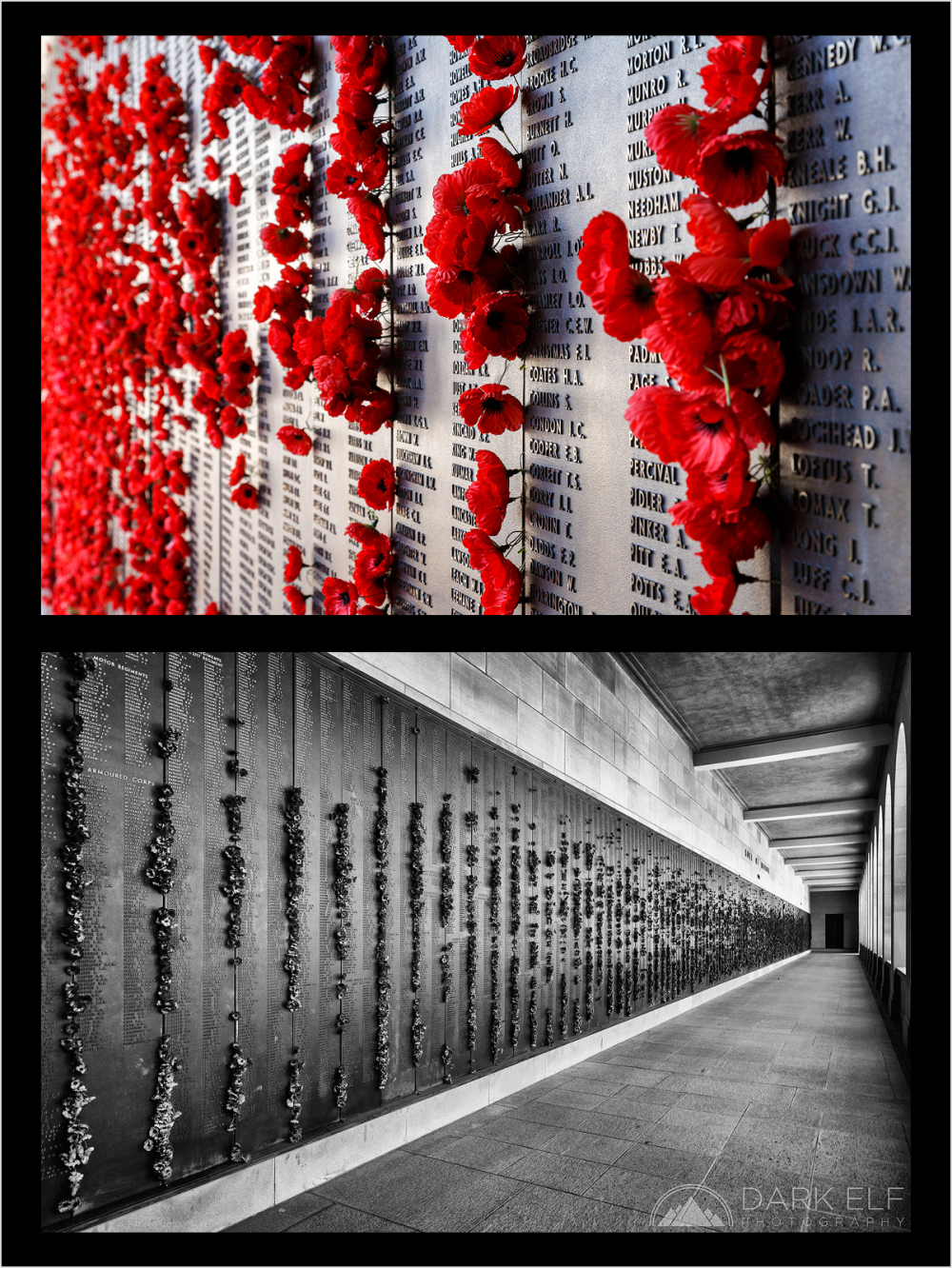 Posted by Darkelf Photography (Perth, Australia) on 26 April 2015 in Miscellaneous.

here in the Australia War Memorial in Canberra are inscribed in bronze the names of virtually every Australian who has died in war since 1885 – more than 102,000 people...

the shot below gives a perspective on the bronze plaque that runs all along the wall and the shot above is a closer impression of the list of names on the Roll of Honour...

Anzac day was celebrated across Australia and New Zealand yesterday... it is a national day of remembrance that commemorates all Australians and New Zealanders who served and died in all wars, conflicts, and peacekeeping operations... Anzac Day was originally to honour the members of the Australian and New Zealand Army Corps (ANZAC) who fought at Gallipoli against the Ottoman Empire during World War I...

This is a masterful combination, DarkElf, which highlights the emotional aspect in the above photo - emotional, in my mind, because of the tenderness in the blossoms and inscriptions and names on the wall - The below image portrays the drama of it all with the perspective emphasized and the long walk down the hall....This is a wonderful image and a very wonderful and sensitive memorial that has been erected here..Just Beautiful, sir <3

Beautiful images. The lower one is a solemn tribute to so many lives lost. A stark reminder of how awful war is. The upper one is very peaceful and beautiful. These are both wonderful tributes.

Beautiful images, if I could write I'd agree with Denny and Elaine, they said what I'd like to say, so I agree with their words. :))

What a lovely tribute!

Beautiful tribute and excellent capture of this historic place. Thank you for your very interesting note about this big story.

The montage of the two images is great and it emphasizes the grandioseness of this monument in all its details. Congratulations!

Stu from From Scotland | Living in Kyoto, Japan

I especially like the top one, the use of red is so effective and evocative.