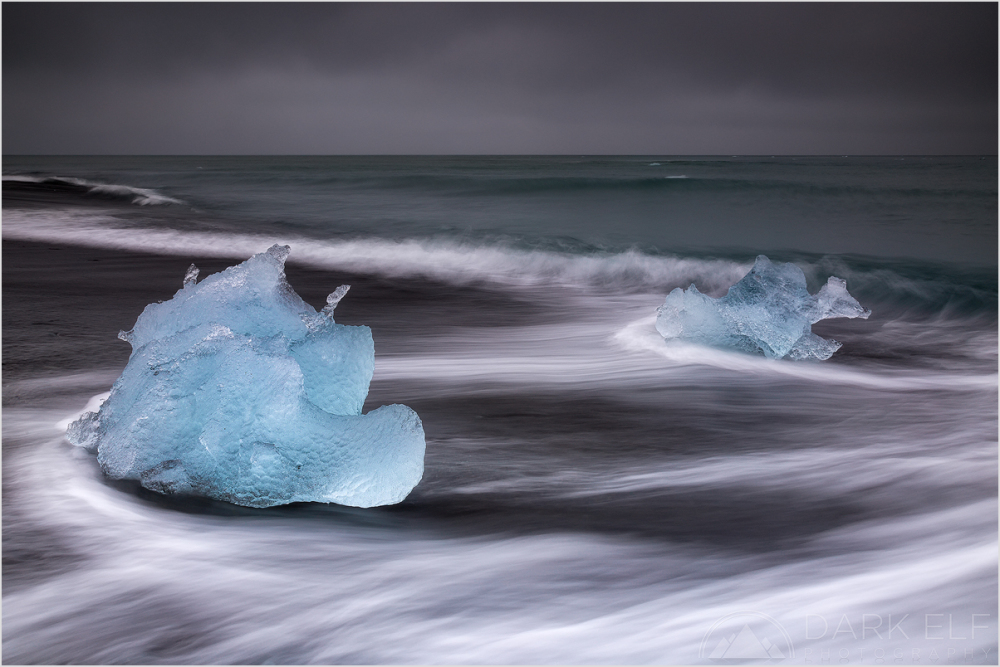 Breiðamerkursandur is the Icelandic name for the ice beach near Jokulsarlon Glacier Lagoon in the south of Iceland. It was one of the highlights from out trip to Iceland and I could spend there day after day after day.

I captured a couple of icy "travellers" arriving on the black beach after being pushed out from the lagoon by the receding waters during the low tide earlier in the day. It was a dark and gloomy day but the icebergs were really shining as they landed on the dark sand.

This is my last post for 2015 and I wish everyone the best of light and lots of happiness for 2016. See you all next year!

This is so beautiful !

wow, again the best of its kind. i must try this myself when i get there again !
have a good rest of the year and a great start into the new one !!!

A view into a parallel universe

Wondrous! Such an incredible image.

Stu from From Scotland | Living in 京都 Kyoto, Japan

This is superb. Fine art! Emotive! I consider this a wall hanger.

Happy New Year to you!!!
This image is amazing!!!

Best wishes.
Wow, a amazing photo, beautifully done, I like the title also.

The ice seems to be glowing. Happy New Year!

This is wonderful! I love the way the light is shining through the ice!