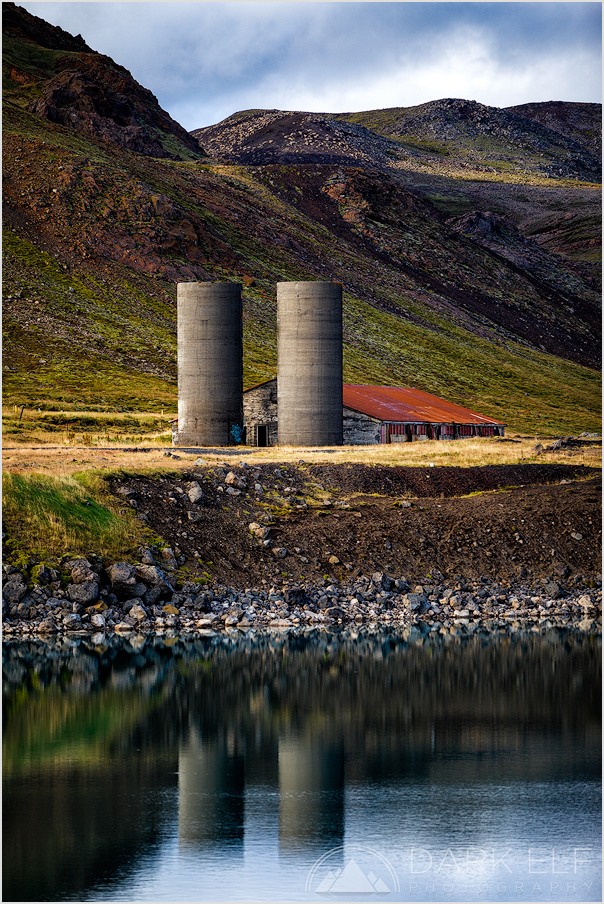 When travelling through Iceland we have noticed a number of abandoned farms and houses all around the country. Each one, no doubt, hiding an untold story of past glories, declines and tough decisions to move on.

One such farm that caught my attention for a bit longer was this one with ruined silos near the locality of Krysuvik, not far away from Blue Lagoon and Grindavik. There was something striking about this particular farm. May be it was how it fitted with the rugged but colourful surrounding landscape. It seemed almost a natural part of that landscape, now that it has been abandoned for a while. One could almost say that the land has claimed it as one of its own.

Living here should be too difficult for me also...
A pleasant place for hiking ;-)

A beautiful photo again . I like how the air seems so pure and as colors go so well together

great write-up and wonderful 'icelandic' colours in this image! there is indeed no lack of abandoned buildings in the country, but not all of them pose in such a fine way ;-)

Perhaps the reflection helps soften the harshness of the landscape and makes more enjoyable the scene, despite the abandonment ... Amazing shot !!!

One more beautiful place!
A little sad that the farm is abandoned but as you say, it is in perfect harmony with the landscape. Beautiful shot again.

An interesting find surrounded by such a colorful landscape. The farm helps give a bigger sense of scale to the surrounding terrain and mountains. Great reflections as well.

Yes, it does seem to belong there. The reflections, though, emphasize its ghostly nature as part of the past.

Well composed with the refection. Sad story to go with...

An amazing image in a splendid natural setting, great composition !!!

Yes it seems as though the farm has determined to remain and hold forth as long as necessary- like a spiritual extension of the souls who lived there so long. It almost looks as though it is at a kind of peace. Just a marvelous image and narrative, Sir! Sorry to be so late dropping by:-) Cheers...

your narrative is what I was thinking before I read it.

An unusual scene of Iceland. I like a lot the fact that only the 2 chimneys appear in the reflection. Excellent compo !

Looking at the thumbnail I thought, that the site has to do something with geothermal energy... Life and nature do their changes - and land will claim the place back. The round forms a quite surreal here.