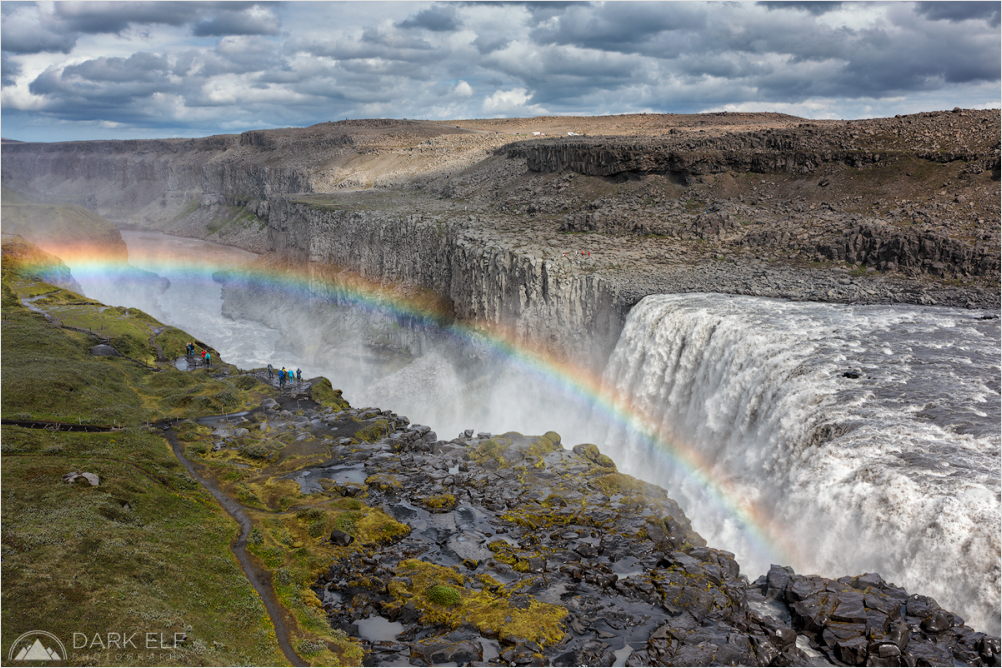 I posted this photo previously on facebook during our travel and I though that it would be a good idea to share it here as well. I like the simple daytime beauty of this scene. Nothing complicated about the shooting and processing approach here. It was just a matter of waiting for the sun to peek through the clouds to see a rainbow over one of our favourite waterfalls - Dettifoss in north east of Iceland. It is Europe's most powerful waterfall and it featured in the opening scenes of movie Prometheus. The rainbow formed over the thick mist and spray produced as the water thunders down 44mm below.

Later on, I spent an entire night at Dettifoss and also Selfoss, a couple of kilometres up the river. Photography wise, I do not think I produced anything better than in 2015, but it was still a great experience to be there on a bright night with just the waterfalls as company.

A fantastic capture of rainbow above the giant waterfalls !

This is an amazing view!

Stunning view of the waterfall and the amazing rainbow!

Beautiful "arc of color" that you've captured across this stunning landscape and waterfall!

This is just gorgeous! I love the rainbow!